This How-To explains how to update an existing openQRM environment to the latest openQRM version on Debian.

The update procedure for openQRM is straight forward.

As 'root' change to the ../src directory and run: 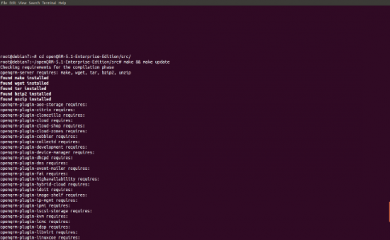 The 'make' phase is downloading the new components for the openQRM and preparing the source for an installation or update. The 'make update' phase actually is doing the following actions to update the existing openQRM setup:

As the first step the update procedure creates a current state-backup as described in our Backup your existing openQRM How-To. 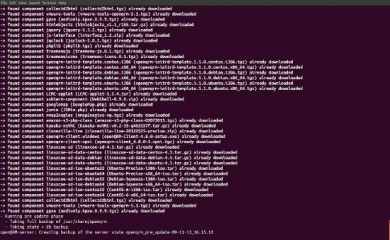 At the second step, it creates a 'mirror' directory /usr/share/openqrm_pre_update. This is to compare the contents of all configuration files in a later step.

At the third step, it actually runs the install action which then overwrites the current /usr/share/openqrm content.

At the fourth step, the update procedure checks all configuration files and applies the current configured values to the new installation.

At the fifth step, it applies eventually database schema updates.

After the update it is required to restart the 'openqrm-client' on all integrated systems! 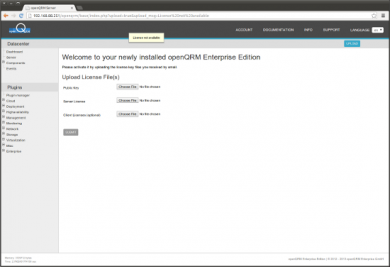 As of openQRM 5.1, the following plugins got merged:

The following plugins got renamed:

The update procedure will not do this automatically since it is recommended to have this directory mounted from a NAS!

If you are using any of the above plugins the safest way to do the update to 5.1 is to stop and remove all appliances and VM resources (just keeping the VM Images), then do the update.

The 5.1 version provides an easy way to get the Images back into openQRM. Then simply create new VM resources and add new servers with the existing VM Images.

You have successfully updated openQRM!